A few months ago Disney released its highly anticipated streaming app, Disney+, to the public. While many purchased the service for the nostalgia of being able to re-watch old favorites, some were also intrigued by Disney’s promise for an expanding lineup of new and original content. It goes without saying that they already have one smash hit on their hands in the acclaimed Star Wars spinoff, The Mandalorian. Whether or not you have ever seen the show, it goes without question that at some point you have seen ‘The Child’, or as the loveable wide-eyed green alien has affectionately been dubbed by social media (the highest of all authorities on the matter), “Baby Yoda”. The memes and GIFs featuring this newest addition to Star Wars lore have flooded the internet with hilarious content for months, and it doesn’t look like the Baby Yoda pod is stopping anytime soon.

Baby Yoda fever predictably spilled into the recent holiday season, with consumers doing anything possible to get their hands on the latest merchandise. Dolls, hats, shirts, socks, car decals, Christmas ornaments, and yes, even “Baby Yoda for President” pins flooded the online marketplace for purchase by old and new fans alike. What many online purchasers may not have realized, however, is that each and every single one of these items is technically counterfeit. Disney, or Lucas Arts Licensing to be exact, publicly stated that they would not be looking to release any Baby Yoda merchandise until the 2020 holiday season. Following the meteoric rise in popularity, it was inevitable that some third-party companies would get in on the action and produce a few sparse items for those looking for a quick “gag” gift to give a loved one for the holidays. With that being said, it is hard to imagine that Disney could have predicted the creation of a full-scale Baby Yoda merchandising black market, with Entertainment News site Vulture even providing ‘A Black Market Baby Yoda Gift Guide’.

For the time being, Disney has decided not to police the intellectual property surrounding their new character, instead of allowing the hype to build in what has become one of the most successful passive marketing campaigns in recent memory. With that being said, it seems as though the company may have recently decided that it was finally time to strike back, because, between December 11th and December 23rd, Lucasfilm filed 28 trademark applications related to “The Child” and “The Mandalorian The Child”.

Two things are particularly interesting about the filings. For one, all of the trademarks were filed as 1B “intent-to-use” applications. This suggests that Disney was incredibly strategic about the character’s rollout. The fact that LucasFilms applied for an “intent-to-use” application rather than a “use” application (which would be cheaper in the long run) shows that the company was careful to make sure that no official merchandise was made available to consumers anywhere. CEO Bob Iger stated back in December that the main reason that no official merchandise was released prior to this past holiday season is that Disney wanted to retain secrecy around the character. The team behind The Mandalorian was intentionally lock-lipped about the new character’s reveal, and by creating merchandise and applying for the appropriate intellectual property registrations in advance, they would have run the risk of tipping their hand and giving away a major reveal. 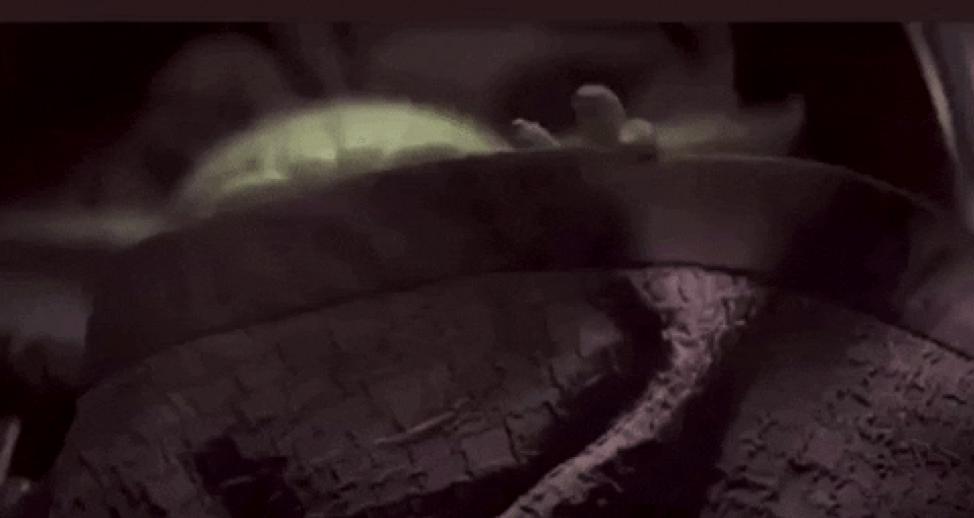 Keep in mind that at some point in the application process, trademark and patent filings become public information. Whether a curious fan or competitive business, many will scour the internet in search of these trademark filings in order to get insights into new products, new characters, or even new devices far ahead of their official launches. An example of this is the recent flood of “leaks” related to the updated design of Sony’s new Playstation 5. While Sony has yet to make an official announcement, the public has been speculating for months about an early prototype showing the system’s new look after it was revealed that Sony registered a new Brazilian design patent back in August.

Similarly, Star Wars has run into issues with pre-mature merchandising in the past, as they have previously spoiled major plotlines by releasing promotional materials related to (as of yet) unexplored storylines. For example, in 1980, Star Wars released a trading card series in anticipation of The Empire Strikes Back. One card in particular revealed Han Solo encased in carbonite, revealing his “fate”, well before his unfortunate time in Jabba the Hutt’s palace. 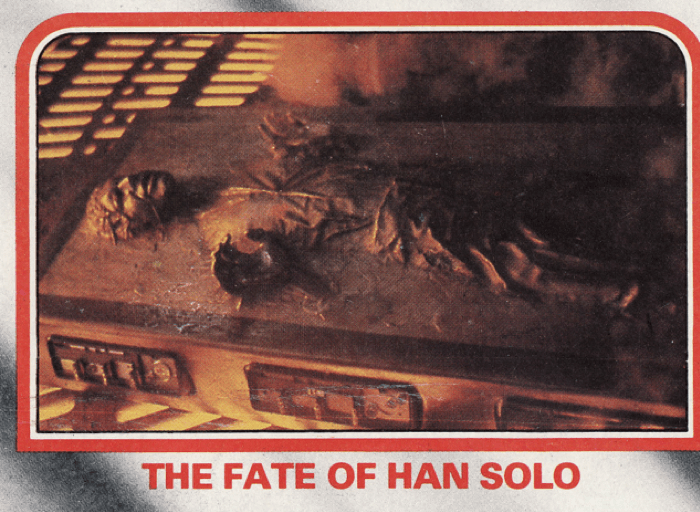 This brings us to the next interesting fact about the trademark filings. By looking at the classes and categories that Disney chose to file under, we can predict the direction that the merchandise, and to a lesser extent, the character itself, may be headed. The Child may in fact be getting its very own spinoff series, as one filing is listed under ongoing entertainment services. Focusing on the merchandise, Baby Yoda (The Child), is looking to take over. Clothing, footwear, headwear, fabrics, linens, sleeping bags, figurines, clocks, jewelry, and yes, even a cosmetic line. Baby Yoda, if you are in fact the chosen one to dethrone the imperial force that is Kylie Jenner’s reign on cosmetics, then may the force be with you.

At this point, you may be thinking to yourself, “Self, I understand the trademark side now, but what about copyright? More importantly, my meme and GIF game is on point, but is it safe???” Well, the answer to for now is largely yes. Given the right circumstances, companies can obtain copyright protections on fictional characters; however, most casual posters using Baby Yoda for laughs would be able to argue against copyright infringement through a “fair use” exception. Fair use usually applies in these instances because the images posted likely are being used as satire, and it is unlikely that your use would qualify as depriving Disney of financial gain.

With that being said, if you do find that some of your favorite GIFs and memes are no longer available, that is because there is ongoing debate as to whether sites like Giphy, which profit off of their meme and GIF libraries, would still qualify for fair use protection. Giphy removed all Baby Yoda content for a time but has since reversed course after their legal team reviewed the situation further. It seems as though these types of sites are safe for now, but it will be interesting to see the way that courts treat these potential copyright infringement situations in the future, as our ever-evolving social society still remains lightyears ahead of the law, and dare I say, the “force”, that binds us all.

Disclaimer: This blog is not intended to be a substitute for legal advice or instruction.  Every legal question calls for a different legal answer, and the above might not be applicable to your situation. Contact IPS Legal Group, P.A. today to discuss your unique legal needs. 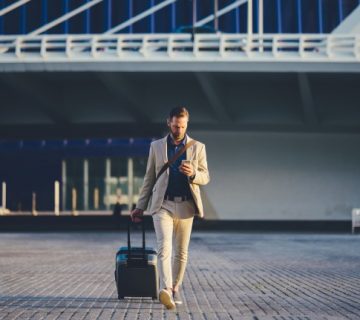 Details to Keep in Mind When Trademarking a Traveling Business 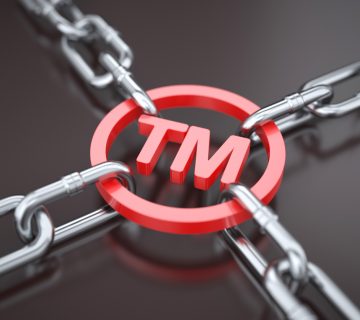 5 Benefits of Registering Your Trademark